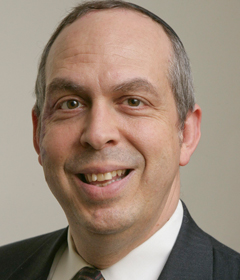 Rabbi Michael Taubes has been the Rav of our shul since 1992.

Rabbi Taubes is a musmach of RIETS at Yeshiva University where he studied for several years under Maran HaGaon HaRav Yosef Dov Soloveitchik, zt’l, and is a close talmid of the Rosh Kollel, HaGaon HaRav Hershel Schachter, shlit’a.

Rabbi Taubes has been involved in chinuch, both formal and informal, on the high school level for more than twenty-five years, including his work as a director of NCSY, and as both a Rebbe and a Menahel at yeshivos in our area.

Rabbi Taubes was also the founding director of the Jewish Learning Experience, our community’s adult outreach organization, and has given weekly shiurim on Halachah in the Parshas HaShavua in association with the Bergen County Bais Medrash for many years.

The author of a Sefer (in English) on Halachah and the Parsha, he did work for ArtScroll/Mesorah Publications, translating the Talmud Yerushalmi, and has co-edited Machzorim for the Yomim Noraim with a commentary based on the teachings of Rav Soloveitchik. Rabbi Taubes serves as the Rosh Yeshiva at The Marsha Stern Talmudical Academy/Yeshiva University High School for Boys.

Rabbi Taubes and his wife Bassie have five children, and five grandchildren.